The First Week of the Champions’ Round of 16 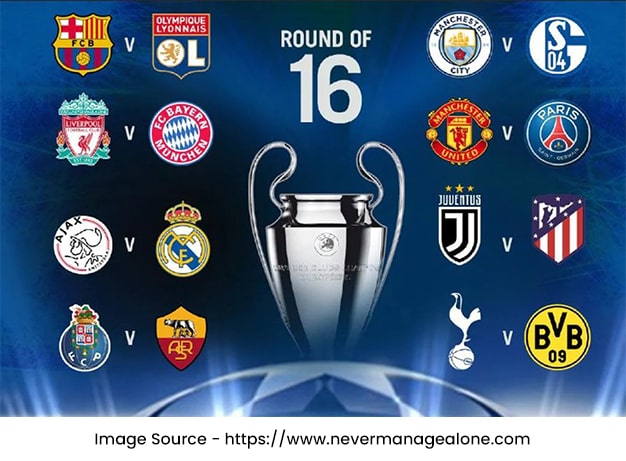 The 2011-12 UEFA Champions League Round of 16 is on and some have already got roughly beaten.
By Camilla Mancini

The first eight clubs from the Knockout Phase of this prestigious tournament met between Tuesday 14th and Wednesday 15th for the 1st leg fixtures. On each of the four matches there was a triumphant club that now has a foot in the quarterfinals, either with a narrow advantage like Lyon, or with an almost-unbeatable one, like Milan. This first fraction of the last 16 will now have to wait until March 6th and 7th to continue with the challenge and look up for the chance move over to the next phase; but first the remaining 8 will meet between tomorrow and this Wednesday. All the same, here is a short review of the first matches:

February 14th – Lyon 1-0 APOEL:these two had their encounter at the Stade de Gerland, where the Cypriots seemed to be in disadvantage against Olympique Lyonnais, which dominated during the whole game. Although Les Gones still have a higher UEFA coefficient than APOEL, the Cypriots have been improving a lot during this season and in fact it has become the first Cypriot club to reach the round of 16. APOEL performance has been very good during the competition but on Tuesday wasn’t enough and Alexandre Lacazette saw a chance in this to place the goal that gave his team the current lead.

Bayer Leverkusen 1-3 Barcelona FC:at the BayArena were playing the Werkself and the recently most intimidating club in the Champions, Barça, which now is half-way into quarterfinals. During the first half the Germans stood up strong blocking the Spaniard squad, but at 41’ Alexis Sanchez scored his first Champions League goal, giving the lead to defending champions few minutes before the break. In second half Leverkusen welcomed the visitors with a goal from Michal Kadlec, however this just revolved the zeal of the visitors to fight back and 3 minutes later Sanchez was scoring again, to then be followed by Messi at 88’.

February 15th – Zenit St. Petersburg 3-2 Benfica:A last minute goal from Shirokov broke the tie favoring the Russians. In spite of the harsh low temperature (-10 C) both teams did a great job and kept things quite even. The first to score was Maxi Pereira at the 20’, but 7 minutes later was followed by Roman Shirokov’s first goal of the day. By the 71st minute a chance to score arrived for Sergei Semak, but there was also one for the Portuguese Oscar Cardozo at 87’ to reach a draw; however a minute after a second goal from Shirokov gave Zenit the lead.

Milan 4-0 Arsenal: the harshest of the results from this week has been the 4-0 that Milan nailed on Arsenal. The Italians had less possession of the ball than the Gunners, but that didn’t make any difference, in the end the 53% of ball possession that Arsenal had didn’t meant anything. Kevin-Prince Boateng got in the score sheet at 15’, followed by Robinho scoring once on each half (38’, 49’) and to close the heavy defeat a penalty was placed by Zlatan Ibrahimovic after his compatriot, Djourou, knocked him over.