Aussie Grand Slam is a Few Days Away

by Camilla Mancini January 19, 2012 No Comments 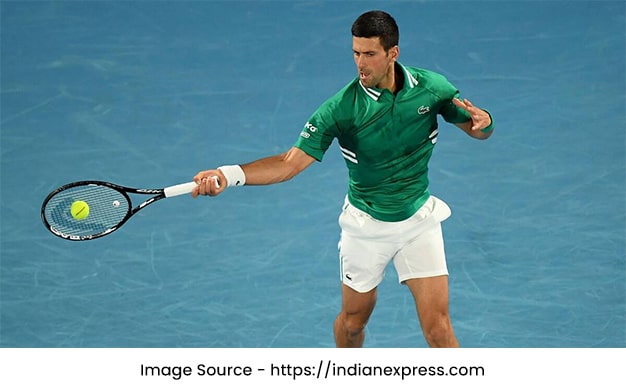 The former number 1st, Nadal and Federer, might meet in semifinals since they have been located in the same half of the draw.

The Men Singles Tournament of the Australian Open will reach its 100th edition on a couple of days. From January 16th to the 29th the first Grand Slam of the season will take place at the customary Melbourne Park. The schedule for the Aussie tournament was drawn yesterday and it has placed the 2011 champion and runner-up in the top half of the draw, which means that it will be impossible to repeat last year’s final. Also together in the other half are Rafael Nadal and Roger Federer, which weren’t drawn in the same half since the 2005 French Grand Slam, where they meet in semifinals.

The Serbian Novak Djokovic has been settled with the Italian Paolo Lorenzi for his very first match of the tour. The Djoker is looking for his third Australian title and second in a row, but in the way there could be though rivals like Andy Murray that is in section 2 and could encounter him on Quarterfinals if they have success in the first 4 rounds. However in Round 4 the Serbian could be meeting the second player most relevant from his own quarter, David Ferrer. The Spaniard No. 5, on his part will meet on the first match the Portuguese Rui Machado, who entered this competition for the first time during last year. Ferrer defeated the No. 1 of the world at the 2011 ATP World Tour Finals, where Djokovic couldn’t go further the round-robin stage.

One match that we are expecting to see is for sure Rafael Nadal vs. Roger Federer; of course anything can happen along the way to the Semifinals, but is almost unimaginable that this, on-court archenemies and off-court good friends, won’t meet this on this edition. Three years ago El Toro and Fedex played each other for the last time in Melbourne and they gave us a thrilling final, on which both gave their best until the very end, when the Spaniard succeeded. This time Rafael will start against the American Alex Kuznetsov and based on history and probabilities, the world’s No. 2 could be confronting the experienced Tommy Haas in the next round. On the other hand, Roger will be playing in the first round with the debutant Alexander Kudryavtsev, who’s possibly going to have a rough time against the Swiss. Federer has stated that he is now ready to go on the hunt for his 17th Grand Slam title. By ready he also means recovered of a back injury, which he suffered during the Qatar Open. This Swiss legend of the open era closed the 2011 season with a winning streak of 17 matches that earned him in the end his 6th ATP World Tour Finals title. If it wouldn’t have been for his back problem there is a big chance he would’ve won at Doha as well; for the injury pushed Fedex to withdraw before the semis challenge with Tsonga, who in the end won the tournament.

In another matter, the 100th anniversary is being celebrated in different ways for example the aggregate prize money has broken a record once again, reaching the $26 million (Australian dollars) from which $2,300,000 will be given to each of the Singles Champions. A special medallion will be awarded to the Champion of this especial year, in which it will also be celebrated 50 years since Rod Laver’s first victory in a Gran Slam.