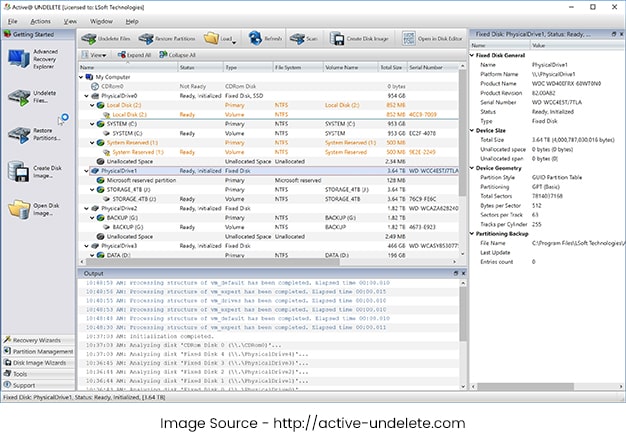 Most of us have experienced that dreaded feeling after formatting a drive or partition or emptying the Recycle Bin only to find out too late that important files were deleted too. With digital data being a more valuable commodity than ever before, both in the home and in the workplace, losing it can spell disaster. While there’s no substitute for keeping your files safe with a robust backup routine, there is no such thing as a completely fool-proof system that always guarantees your data will be kept safe. For this reason, it’s always a good idea to have an additional layer of data protection that comes in the form of a reliable data recovery system.

Sometimes, we can forget to back up something important, or the backup we have access to is out of date. In other cases, an entire computer system might fail without any warning, a problem that is especially common with today’s solid-state drives. That’s why it’s sometimes necessary to turn to data recovery and forensics software that can recover the deleted data from its original storage location before it gets overwritten by another file operation. [email protected] UNDELETE works by exploiting that opportunity to give you the best chances possible of getting back what you’ve lost.

Like most people, you probably assumed that emptying the Recycle Bin or formatting a drive is final, that any data previously held within is now gone for good. Fortunately, that’s not really the case, despite what your operating system might warn you. This is because the only thing that is modified is the file system table itself, which is effectively a database containing information about all your files. Once deleted, a file remains on the drive until something else overwrites it. However, this often does not happen until sometime later, and people have successfully been able to recover files deleted weeks or even months before.

[email protected] UNDELETE works by thoroughly scanning your hard drive of other storage device for deleted files that are no longer accessible to the file system. By working in its own self-contained boot environment, it also helps to eliminate any further chances of accidentally overwriting the original data, thereby rendering it impossible to recover. By using advanced techniques, such as different file signatures, it allows you to easily and quickly search for recoverable data of various formats. The latest edition adds even more predefined file signatures, such as MDF and VHDX, in addition to the multitude of common file types already supported including audio, video and image files and documents.

The latest edition, version 14, was launched in January, 2018, and offers many important improvements and new features. It works with any writable storage device using a wide variety of different file systems, including those natively supported by Windows, Linux and Unix. The new version also supports the latest versions of ReFS, as well as improved data recovery for drives using dynamic disk arrays, damaged storage devices and those formatted using the Linux/Unix JFS and XFS file systems. To find out more about the latest changes, visit http://www.active-undelete.com