How Much Difference Can My Rooftop Make By Installing A Solar Panel? 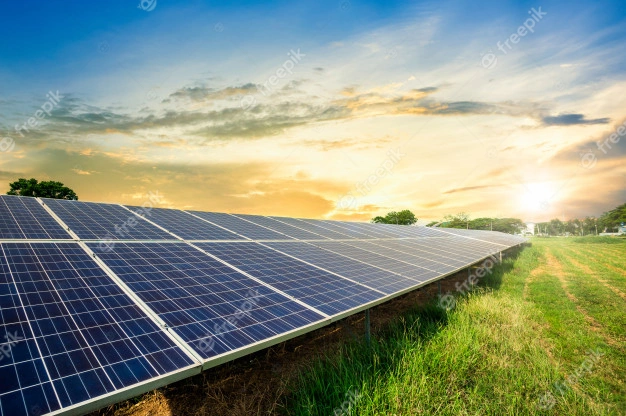 In the heart of America, Texas plays a great role in all-electric industry lines. Although the state has installed a befitting amount of solar panels to date, only provides a small fraction of the state’s total energy is provided by solar. Notwithstanding, with high solar incentives in the form of utility solar rebates, renewable energy property tax allowances, and tariffs for solar–going solar in Texas has been comparatively easier.

The increasing cost of electricity from traditional sources is the reason why solar installation is fruitful for many homeowners.

Barring the proper cost of installation, there are numerous affordable financing options for solar system installations. One of the most common methods to pay for is cash purchases. These often lead to the longest-term value for your installment. Other methods in the form of loans are also available.

However, the actual cost of solar panels, and whether they’ll save your money, is dependent on several key factors. According to the Center for Sustainable Energy, both the average installation and the system can run approximately $15,000 and $25,000.

Before you go, you have to know how your electric bill, location, and environmental benefits can impact your savings over time.

About 14000 KW of power is needed for an average Texas household. For producing this required amount of electricity a 9.8 KW solar system is required. And do you know how much this amount is equivalent in terms of greenhouse gas emissions? It’s around 10 metric tons of carbon dioxide. Minimum of 25 years you can easily rely upon and expect your system to operate at an approximately 350000-kilowatt hour which is equivalent to around 245 metric tons of carbon dioxide that you will be keeping out from the atmosphere. Remember this is the contribution of a single house installing solar energy. Imagine the contribution of all the households and most of the factories. Isn’t it huge?

This means an internal combustion vehicle in the United States releases around 4.6 metric tons of carbon dioxide in a year.  Calculated on equivalent terms, the green energy will amount to the removal of a huge amount of approximately two average internal combustion vehicles every one year. It might be insignificant in comparison to the huge amount of carbon dioxide emitted overall but if you add it and consider all homeowners doing the same thing, then you can understand the importance of it.

Compared to 2019, the number of solar panels installed since the second time took a major toll with a capacity cracking 2500 MW in the United States. By 2020-21, there will be a hundred percent growth as the nation hits the million solar home mark in 2016 reported by the solar industry energy association.  Compared to the vast ocean of population, your solar panel might be seen as a mere water drop but remember single drops make up an ocean. Till now we have been only talking about residential solar panels and not the commercial ones that are used now and then for providing electricity for traffic signals and factory usages.

The use of solar panels has skyrocketed. The U.S. Energy Information Administration reported that since 2010, the quantity of storage capacity in solar panels in the U.S. has multiplied by a factor of 10, doubling in 2020 alone. According to Wood Mackenzie, a company that considers energy analysis as its centerpiece other than profits is expected to become three times in 2021 and sextuple by the end of 2025.

The average American home solar system as reported by the US EIA has a capacity of only 5 KW which does not even cover the total electric bill. The minimum estimate of the total residential solar Power capacity amounted to approximately 30 billion kilowatt-hours produced in 2018 as reported by the SEIA. This can be equated to 21 million metric tons of carbon dioxide or about 4.5 million petroleum using motors for just a year. Is this good for environmental impact?

Location largely impacts the rates of electricity. According to data of 2019 from the U.S. Energy Information Administration, the average electricity rate is about 13 cents per kilowatt-hour.

A  rooftop is a place that offers peace of mind in extreme climate conditions and can be harnessed for green energy. 6.62 KW solar system of average energy is used to match 9000 KW of our household each year. A solar panel makes 320 Watts of electricity under ideal conditions. The solar panels with battery storage facilities provide a backup power solution and store energy enough to keep essentials until the sun rises. Installing a solar panel is not just a cost-worthy, effective, green source of energy but also ensures your peace of mind.

These figures greatly show the importance of solar panel installation needed for factories, and houses. Such a milestone if contributed by each household would make the earth a much better ok place to live in.

All in all, from 2008, thousands of solar panels have developed up all across the cities as an increasing percentage of Americans decided to power there with the sun’s energy. There is a huge contribution of the Solar Energy Technologies Office’s investments, the cost of going solar decreases every year. Well, the option of installing a solar panel system on your home’s roof is worthwhile. There’s however no one-size-fits-all solar solution available to supplement all the needs. Install solar for a green tomorrow and a better return on investment. Fossil fuels don’t last as long, it takes centuries to replenish, and have a very negative impact o`n the eco-system at large.

Doshi
Mr. Doshi has been working in the power industry for over a decade. Mr. Doshi began working as an energy auditor for the U.S. Department of Energy. Mr. Doshi works directly with power producers to help them implement strategies for deregulation and positioning them in the market.

Latest posts by Doshi (see all)

Mr. Doshi has been working in the power industry for over a decade. Mr. Doshi began working as an energy auditor for the U.S. Department of Energy. Mr. Doshi works directly with power producers to help them implement strategies for deregulation and positioning them in the market.