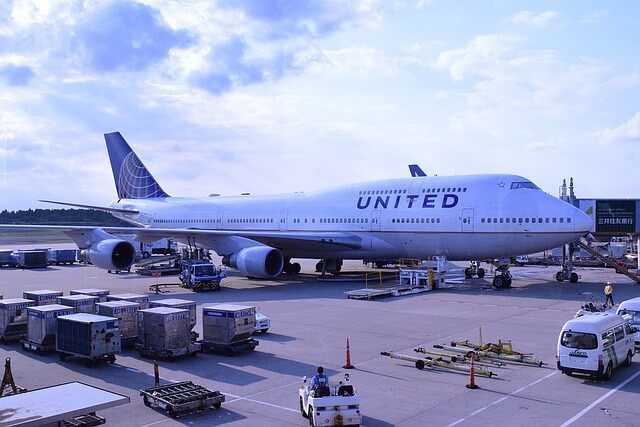 United Airlines has been getting all kinds of free publicity in the news and on social media lately.
Unfortunately, that old saying of, “There’s no such thing as bad publicity” has proven to be a farce for United.

This month United overbooked a flight, and then demanded that several passengers relinquish their seats so that United employees could fly instead of paying customers.

Now, we probably would have never heard about this incident if United wasn’t trying to save a penny.
They did offer a small sum if people would volunteer their seats. No one took the offer. So did they then offer more money? Nope. Instead, they sent in thugs to physically drag a 69 year old doctor off of the plane, knocking his head against the armrest before dragging his limp and bleeding body down the aisle by his arms and legs.
The video of this went viral, as did as second video of the passenger returning to the plane, dazed and disoriented, his face covered in blood, mumbling “just kill me.”
Wow. Just… wow.

The internet went crazy, and rightly so.

People the world over are vowing to never, NEVER fly on United again.

The people of China are especially upset, saying this was racial profiling, discrimination and so forth. In fact it was the number one trending topic on Chinese social media. And China is a big market for United.

So how did United’s CEO Oscar Munoz, winner of an actual P.R. award for “Communicator of the Year,” handle the situation?

By offering what might be the lamest excuse for an apology in history. He said, “I apologize for having to re-accommodate these customers.” He made NO mention that a human being was dragged off one of their planes by the arms and legs.

But Munoz had more to say, writing a letter to employees extensively blaming the victim for what United did.
Victim blaming? Really Mr. CEO?

“The first rule of holes: When you’re in one, stop digging.” – Molly Ivins
Gee, if only an incident like this could be prevented.

All United had to do was:

1. Remember their customers are HUMAN BEINGS who deserve respect. Really, why does anyone need to remind them of this??

2. Continue to increase the financial incentive to book a later flight. Raise the offer enough and people will say yes.

3. Or, United could have simply booked their employees on another flight.

4. Best solution of all – DON’T OVER BOOK YOUR FLIGHTS, UNITED.

Now would any one of those been so hard?

But instead, United decided on a whim to anger the world by assaulting a passenger.

And this isn’t a first for United, either.

Singer/songwriter Dave Carroll was waiting to deplane a United flight when he and other bandmembers sawtheir guitars being hurled through the air by airline workers.

He later discovered his $3,500 Taylor guitar’s neck was broken clear through.

So did United apologize and pay for a new guitar?

No, because that would have cost money. Instead, they gave Dave Carroll excuses for months, insisting they weren’t liable for breaking a guitar they broke.

In frustration, Carroll wrote a song, “United Breaks Guitars,” which went viral, gaining over 17 million views as of this writing. https://www.youtube.com/watch?v=5YGc4zOqozo

Then he wrote two more songs to go with the first, both of which also went viral. And he even wrote a book, “United Breaks Guitars: The Power of One Voice in the Age of Social Media.”

United’s response? After the first 150,000 views of the first video, United offered to pay Dave Carroll to remove the video. By then Carroll had enough of United’s attitude and flatly refused their offer.

As the video went viral, news media picked up the story. Soon newspapers and broadcast media across North America were doing stories about the song. Carroll did over 200 interviews in just a few months.

Then the copy cats came in and did parodies, adding even further views. Really, is there anyone who hasn’t heard that United breaks guitars?

United also recently incurred negative publicity and a severe backlash when they refused boarding to two young passengers because they were wearing leggings.

In 2015 United made an emergency landing in Salt Lake City to eject an entire Oregon family from the plane because the daughter was autistic. Which begs the question – wasn’t the daughter autistic when they allowed her to board? And why do they discriminate against the autistic anyway?

There’s even a consumer rights advocacy website called Untied.com that was started 20 years ago by a Montreal engineering professor. The site has collected 30,000 complaints and one lawsuit from United, presumably trying to silence dissatisfied customers by shutting the website down.

So… what marketing lessons can United teach us?

2. Value your customers. When you treat your customer right, they will be back time and time again. Treat them poorly and not only will they not return – they’ll also tell the world via social media what you did.

3. No matter what, be nice. The doctor explained he would not leave the plane because he had patients to see the next morning. He was being nice and explaining his position. United could have been nice, too, and offered to book him on another flight in first class to get him home on time. Instead, they knocked him unconscious and dragged him from the plane. No paying customer – even if they aren’t nice – deserves to be treated like that for their patronage.

4. If you screw up, or your employees screw up, ADMIT IT IMMEDIATELY. Half the backlash against United right now and all of it during the guitar throwing incident happened because United didn’t take responsibility. Never forget, in your business the buck stops with YOU.

5. Follow rules and regulations. Airlines can legally take your money and then deny you a seat if they have overbooked a flight. What they cannot do is remove you once you have boarded, because there is nothing in the rules that allows United to remove a passenger already on the plane. The lawsuit that is sure to be filed will be slam dunk, as United has no defense for what they did, regardless of what their PR spin might be. Your life and your business will be so much simpler and you’ll save a fortune in fines and attorney fees when you follow the rules and obey the laws.

6. Know who your business partners are. The United flight in question was operated by a regional partner called Republic Airlines. You are responsible for the actions of your partners. If they give your customers a poor experience, then YOU are giving your customers a poor experience. Be choosy and careful when partnering or joint venturing with anybody.

7. Video and social media are game changers. If this incident happened 20 years ago, it would have been a blip on the radar and a small news story for one day at most. Instead, it’s a viral video with millions of views and a non-stop story in the news. Not to mention the huge and relentless social media firestorm created with a single one minute video. Video and social media can make or break you and your business in a heartbeat. Be wicked smart when using either one.

8. Past mistakes will haunt you. With this new story comes a dredging up of the United Breaks Guitars story. And guaranteed, the next big mistake United makes will bring both of these stories back into the public eye, and so forth. If only United had paid for a new guitar. If only United treated people like… people. Once done, mistakes cannot be undone. So always err on the side of caution and do the right thing. Always.

Bonus Lesson: You can capitalize on the mistakes of your competitors. Shortly after the United debacle, Delta Airlines announced its employees are now authorized to offer up to $10,000 in incentives to give up seats on overbooked flights, resulting in front page news stories and plenty of free, positive publicity.

If there is one big lesson in all of this, it’s this: Treat your customers the way you would want to be treated.
Think of them as your brothers, sisters, aunts, uncles, children… whatever it takes to see them as real people, with real problems, hopes, desires and dreams.

At the risk of sounding corny, I can sum it up in three simple words:

Do this and everything else – including the money – will fall into place.
“It takes 20 years to build a reputation and 10 minutes to ruin it.” -Warren Buffet

Nick James
Discover how to engage and excite new customers into taking action and spending money with you by using these simple free marketing tips from Nick James, The Internet Business Coach

Discover how to engage and excite new customers into taking action and spending money with you by using these simple free marketing tips from Nick James, The Internet Business Coach